Wallenborn Transports S.A. has been named the National Public Champion for Luxembourg in the European Business Awards, and Wally sure does feel like a superhero today! 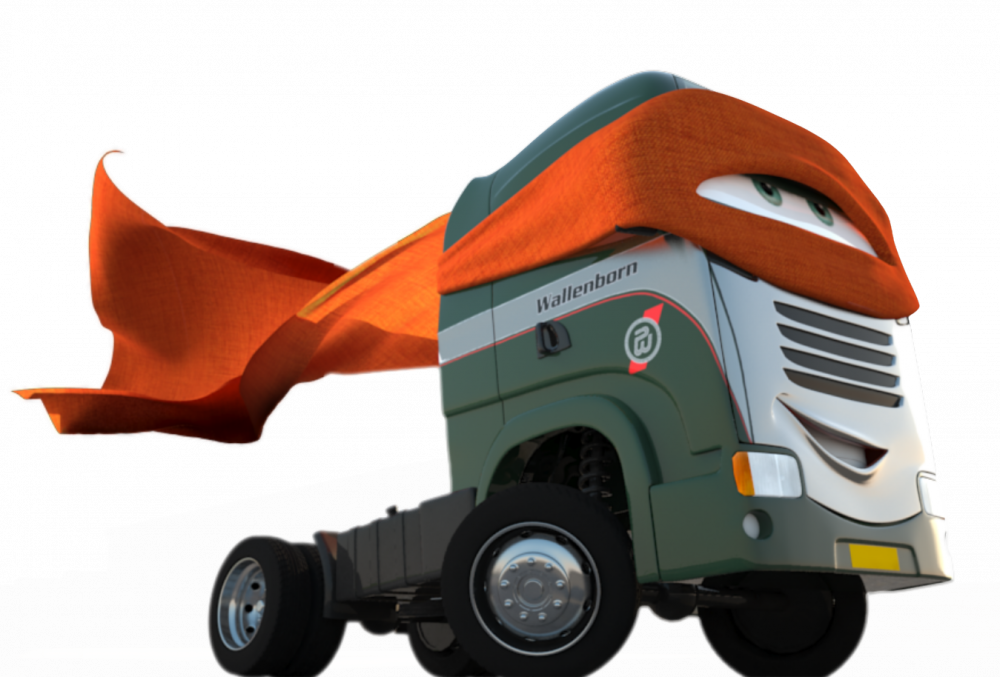 ts from all across Europe during the summer last year, Wallenborn was chosen by the judges as one of the 636 National Champions in September last year. This allowed us to continue the competition by entering the public voting phase in the hopes of becoming Luxembourg's chosen National Public Champion, and one of only 34 remaining entrants to take part in the final stage competing for the European Public Champion title.

This result is only possible because of all the support our staff, clients, business partners, families, friends, and Wally fans have shown us. A very BIG THANK YOU to everyone who voted for us.

Frantz Wallenborn, President & CEO, said: "It is such an honor to be chosen as National Public Champion in the European Business Awards. The public vote means so much because it is a great sign of recognition and validation from our clients and partners. We are very grateful for all their support and look forward to what Wally may achieve in the next phase of the competition."

RSM, the lead sponsor of the awards, kindly recognised our win as well. Stéphanie Grisius, partner at RSM Luxembourg, said: ‘We are proud to congratulate Wallenborn Transports S.A. on becoming a National Public Champion for Luxembourg. Your business success being a leading example for your activity sector’s peers, you have been chosen by many as one of the best in Europe. RSM Luxembourg wishes you good luck in the final round of voting.’ To read the full article please click here.

All 34 National Public Champions will now go head-to-head in a second public vote which opens today and runs until 27 April. The company with the most votes overall will be announced as the ‘European Public Champion’ at the Gala Final on 4 May in Dubrovnik, Croatia.

Adrian Tripp, CEO of the European Business Awards said: “The public vote gives companies the opportunity to showcase their success to a worldwide audience, as well as engage existing stakeholders and potential new customers. Well done toWallenborn, it is a great achievement.”

We therefore humbly ask everyone to VOTE for Wally one more time, this time for the European title!

About the European Business Awards:

The European Business Awards’ primary purpose is to support the development of a stronger and more successful business community throughout Europe. For all citizens of Europe, prosperity, social and healthcare systems are reliant on businesses creating an even stronger, more innovative, successful, international and ethical business community - one that forms the beating heart of an increasingly globalised economy.

The European Business Awards is now in its 10th year. This year it engaged with over 33,000 businesses from 34 countries.